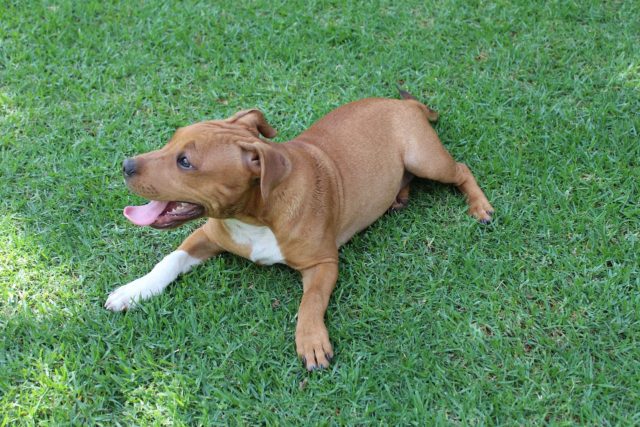 When a Good Samaritan spotted a small Staffordshire Bull Terrier doing her best to hide among some bushes in Harlesden, London, they could not have imagined the state they would find her in. To say that they were upset would be putting it mildly.

The Staffie, who was eventually christened Jayda, was severely emaciated, and her body was full of bleeding wounds. Also, it looked like the pooch had just given birth as she was still lactating, although there were no signs of her litter anywhere.

Both the Staffie’s right eye and left ear were infected. Moreover, the mark around her muzzle made it abundantly clear that Jayda’s previous owner kept her mouth taped for extended periods. 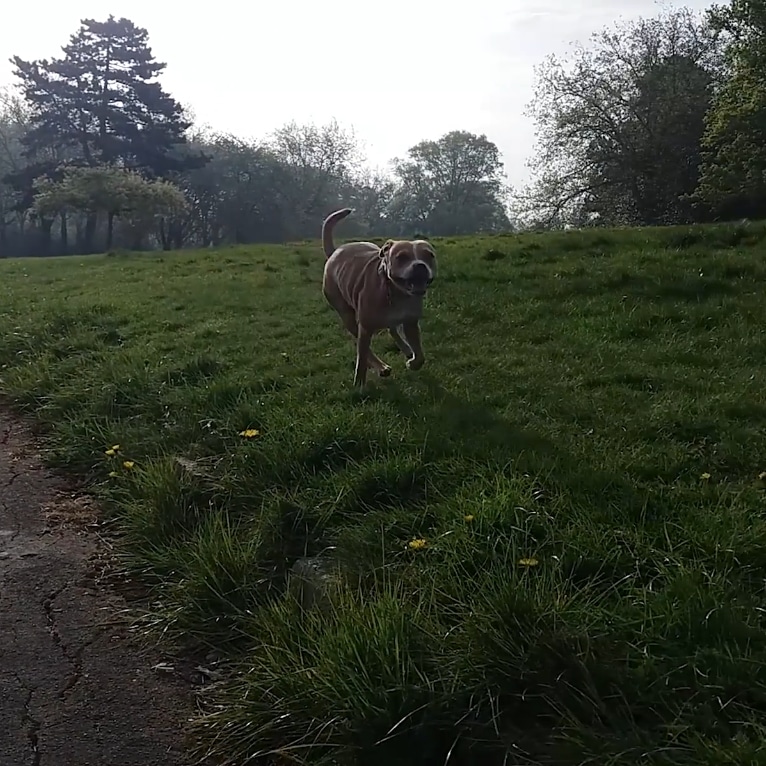 The Good Samaritan immediately brought Jayda to Mayhew, an animal charity based in London. The medical team estimated the Staffie to be approximately four years of age based on their initial assessment of her teeth.

However, after examining the dog thoroughly, Mayhew’s veterinarians realized that Jayda was, in fact, only two and a half years old. This discovery only made the abuse she had gone through more appalling; the Staffie was so young, but she had suffered so much.

Jayda’s former owners had deprived her of affection, so she was understandably hungry for it. As soon as the pooch realized that she could trust the Mayhew staff, she couldn’t get enough pets and cuddles from them. 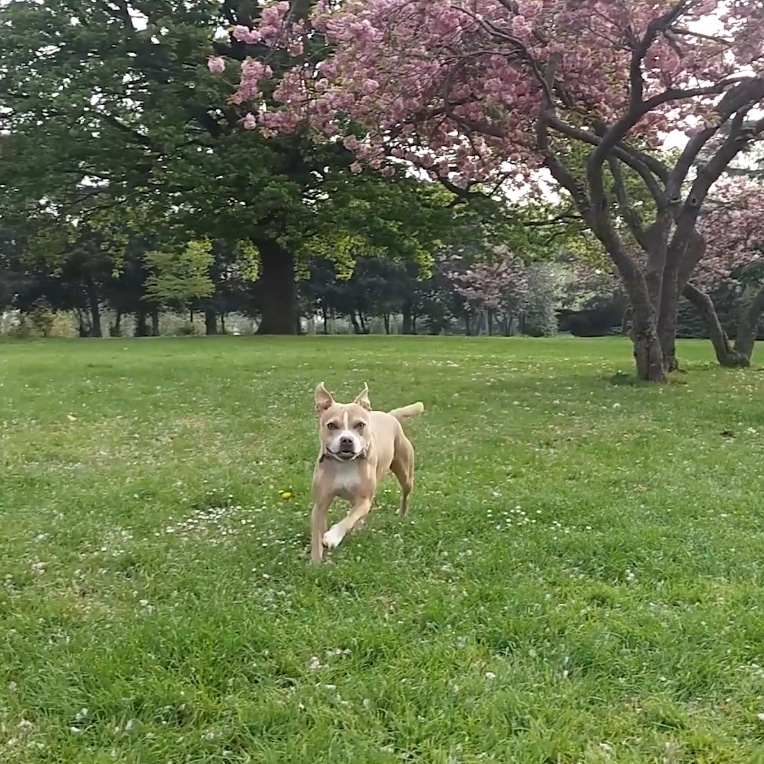 The Staffie was sweet and friendly, much to the employees’ delight. Jayda responded well to treatment as well as to their efforts to socialize her.

As it happens, Mayhew’s fundraising officer, Duschanca Singh, had been looking for a new dog at the time. When she met Jayda, she fell in love with the Staffie’s unbreakable spirit and decided to adopt her.

Jayda’s doing great at her forever home, where she has found an older sister in Duschanca’s other pooch, Kelsey. The Staffie enjoys playing at the dog park with other canines. She even gets to visit her “extended family” at Mayhew from time to time. 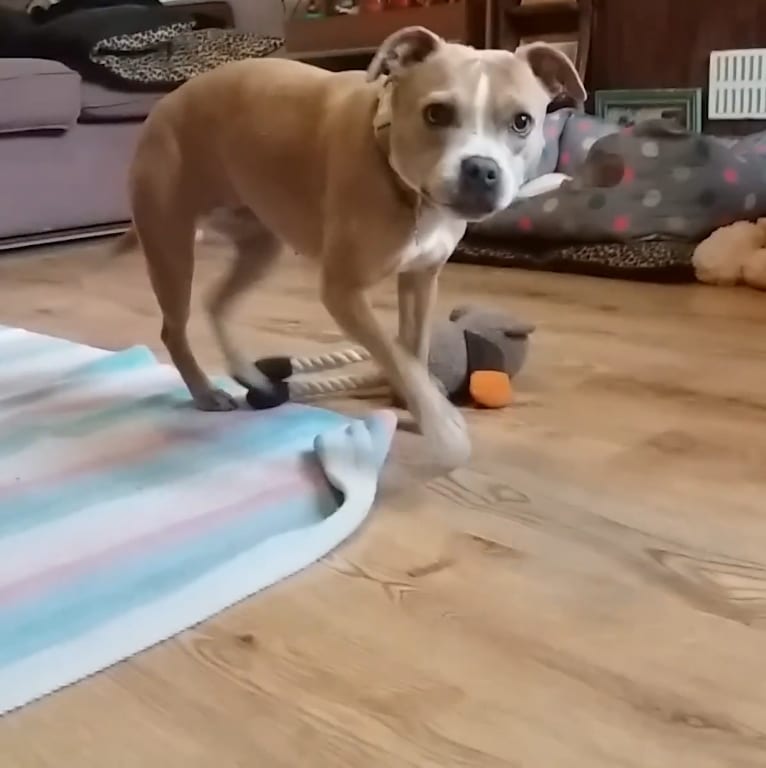 The canine still hasn’t completely forgotten her painful past, however. For now, Duschanca can’t put a harness or even a winter coat on Jayda as it triggers fear and distress.

In time, however, and with her fur mom’s unconditional love, the Staffie will soon put the terrible memories of cruelty behind her. Watch Jayda living her best life in the video below:

Jayda settles into her new home 💜

Remember Jayda, who was found covered in wounds? Well, look how happy she is in her new home! 💜 Her mum told us, "I fell in love with Jayda the moment I met her. She's an affectionate dog and entertains me every day with her antics." Plus Jayda's new mum works in our Fundraising Office, so we still get to see her happy, cute face every week! 🙌 Head here to read her full story. 👉 https://mayh.ws/JaydasStory