Home Dog Stories This Tiny Dog Is An Inspiration 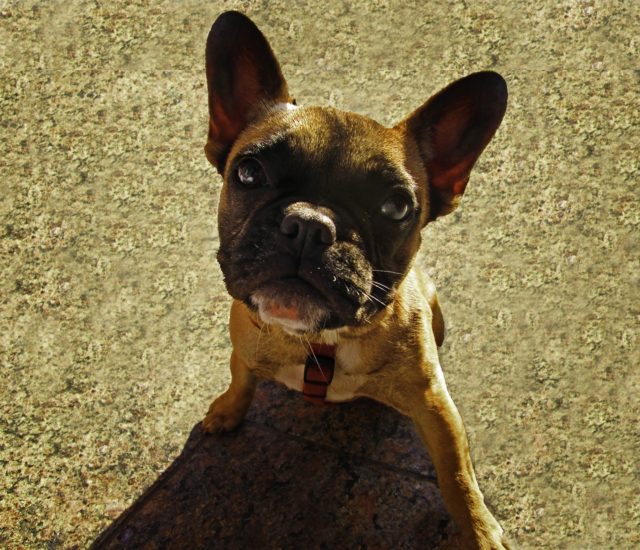 Every life, no matter how tiny, matters. This little puppy drinks water from a hamster bottle. He looks more like a very small guinea pig than an actual dog.

That’s how tiny Auggie is. This French Bulldog was born with a cleft palate, and his breeder has tube fed him for three weeks. When a breeder does not want to care for their dogs anymore, they contact S.N.O.R.T or Short Noses Only Rescue Team. This organization takes in any pug, Boston terriers, French bulldogs, and English bulldogs.

That’s how Meghan Debiasio got Auggie. She got him when he was only three and a half weeks old. When she first saw him, he was so tiny that he looked like a newborn puppy. But there was no excitement from him, no tail wagging whatsoever.

Under Meghan’s care, Auggie grew in size, but there were more problems than just his height. He seems to have neurological issues as there is never a normal interaction when it comes to him.

But this tiny dog is the sweetest. He would always sleep in his mom’s neck like a parrot. That’s where he nuzzles up every night when he goes to bed. When it comes to dog interaction, he has a hard time keeping up, but he found a friend in Juno.

It’s amazing how Juno would allow him to nuzzle up to her. She doesn’t seem to mind. One thing that is very noticeable with them, is their size. Auggie’s lack of size he makes up for in spirit.

You still see him fight every day, and every day he improves. The dog who people thought would not make it is thriving. And he continues to grow every single day.