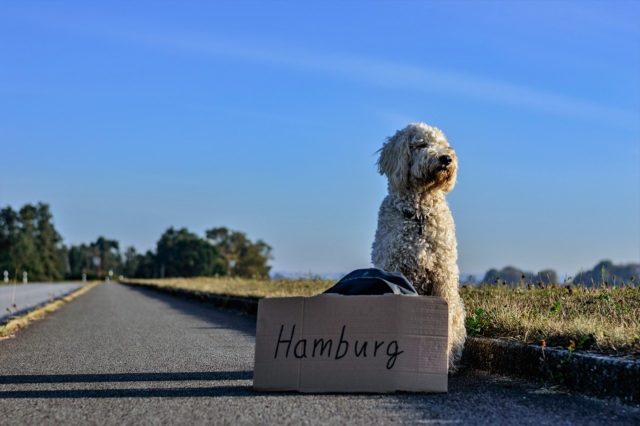 Tow truck driver, Martin Hall, Jr., was heading out to Mariposa, CA, when he noticed a black dog sitting in the middle of the road. A leash was still attached to the dog’s collar. He tried calling the dog, but it won’t come to him.

Hall attempted to feed the dog with his peanut butter and jelly sandwich and offered his water, but his efforts were futile. The dog wouldn’t budge. The truck driver started to sense that something was not quite right.

He had no idea what could be going on. The dog was sitting on a dirt road out in the middle of nowhere. He began to look around and noticed some possible clues in the nearby bush. A flashlight was also found not far from the dog.

While Hall was doing some investigation, he saw that the dog hasn’t moved. He then heard someone yelling from the woods not far from where he stands. He went to check on it right away.

He discovered an elderly man lying in the dirt, just a short walk from the road. A dog was beside him. He asked the man for his dog’s name and was told that its name was Chico.

The man had fallen at an embankment and suffered a broken hip. Chico had been protecting him while the other dog stayed on the road waiting for a passerby who may be able to help them. According to the elderly man, He had been lying in there for 10 hours before Hall found him. It was pure luck, they agreed,  as Hall was on that road only by accident.

Hall called for help, and the man was rescued right away. He caught the encounter on video and posted this. Since then, Hall and his family have been receiving a lot of thanks from the community for saving the elderly man. But it’s not just Hall who made everything happen. It was the loyalty of his dogs that prompted the action.

Watch the full story in the video below.