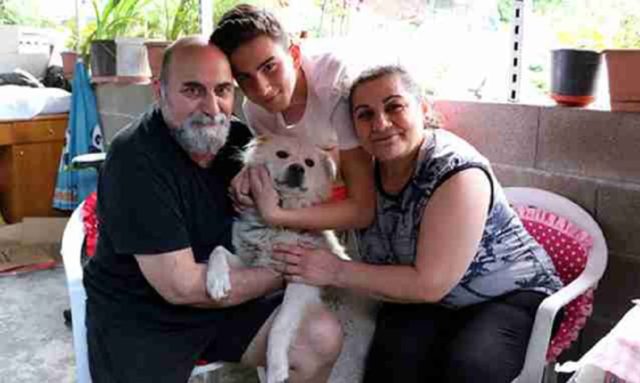 In April of this year, a family living in Turkey had their hearts shattered after their sweet pooch named Leo had gone missing. They searched in all directions, but their efforts were all put in vain. Then, everything surprisingly changed.

About two weeks ago, Sertac Arac, Leo’s human brother, went to visit another town for work. While it’s not that far, it takes approximately an hour drive from their home. Sertac was out with his work colleagues when he spotted something that strangely looked familiar not too far away. Out on the street was a white dog that looked exceptionally similar to their missing pet.

The “stray pup” was resting outside a particular café store when Sertac saw it. It looked unkempt and is clearly stressed with street life. Though completely hesitant, Sertac took out his phone and snapped a photo of the seemingly homeless dog and sent it to his mom and dad. 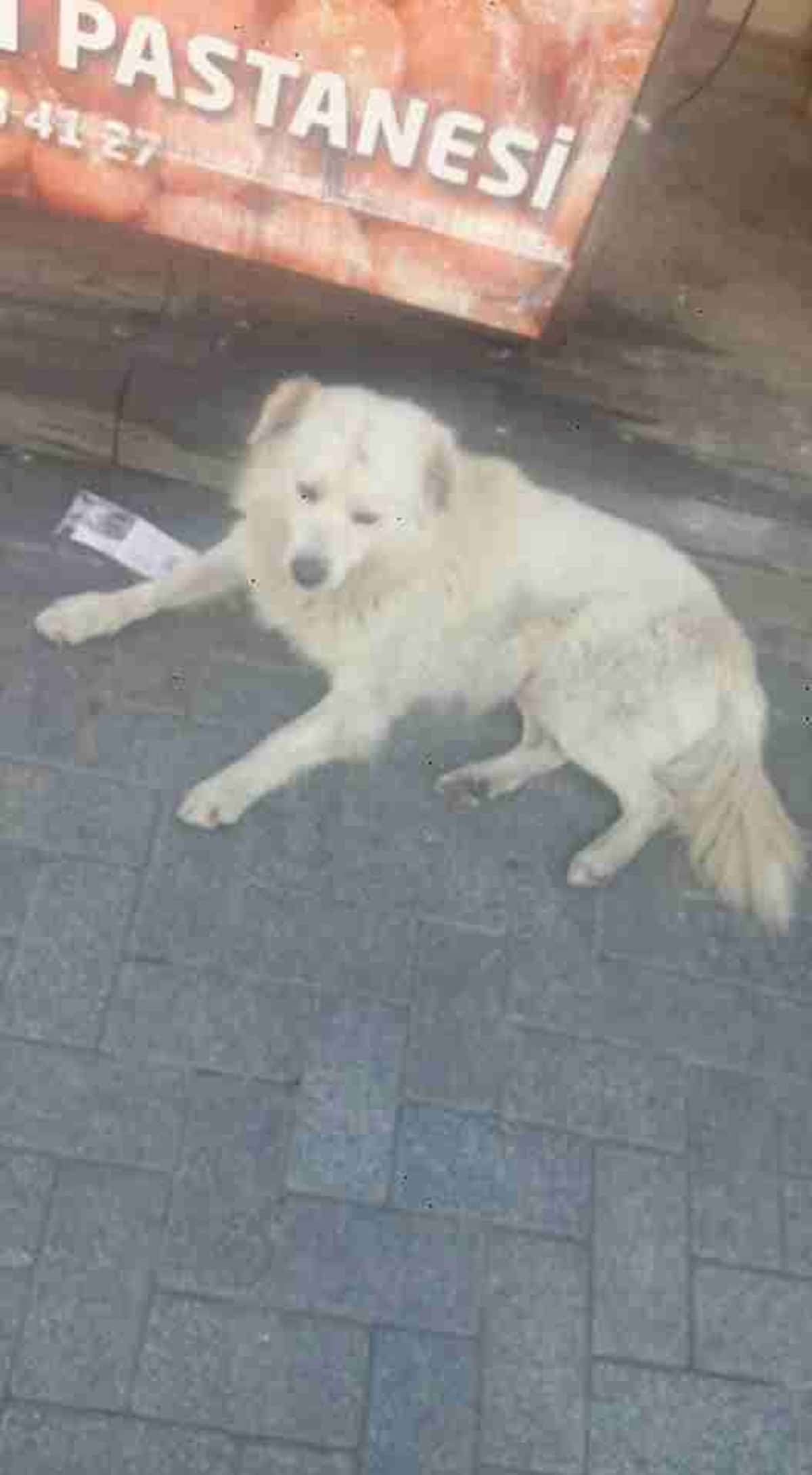 “I took a picture and sent it to my mother and father,” said Sertac. Still, he admitted that it was very unlikely that the dog was their Leo. It just seemed too impossible for the dog to have made it that far. “I was completely in doubt,” he added.

On the littlest chance that the untidy dog was really the family’s missing pet, Sertac’s parents made the decision to drive and check the spot where Leo was found. They ought to see for themselves if the homeless dog was, in fact, their missing pet. And what occurred next erased all the doubts the family had.

Watch that wonderful moment when the sweet pup finally gets reunited with his family here:

In an instant, Leo recognized his loving family. After 2 months of being away from home living a difficult life on the streets, Leo was obviously overjoyed that he’s finally been found. And similarly, his family couldn’t be any happier for finding him. The lost pup is now heading home. 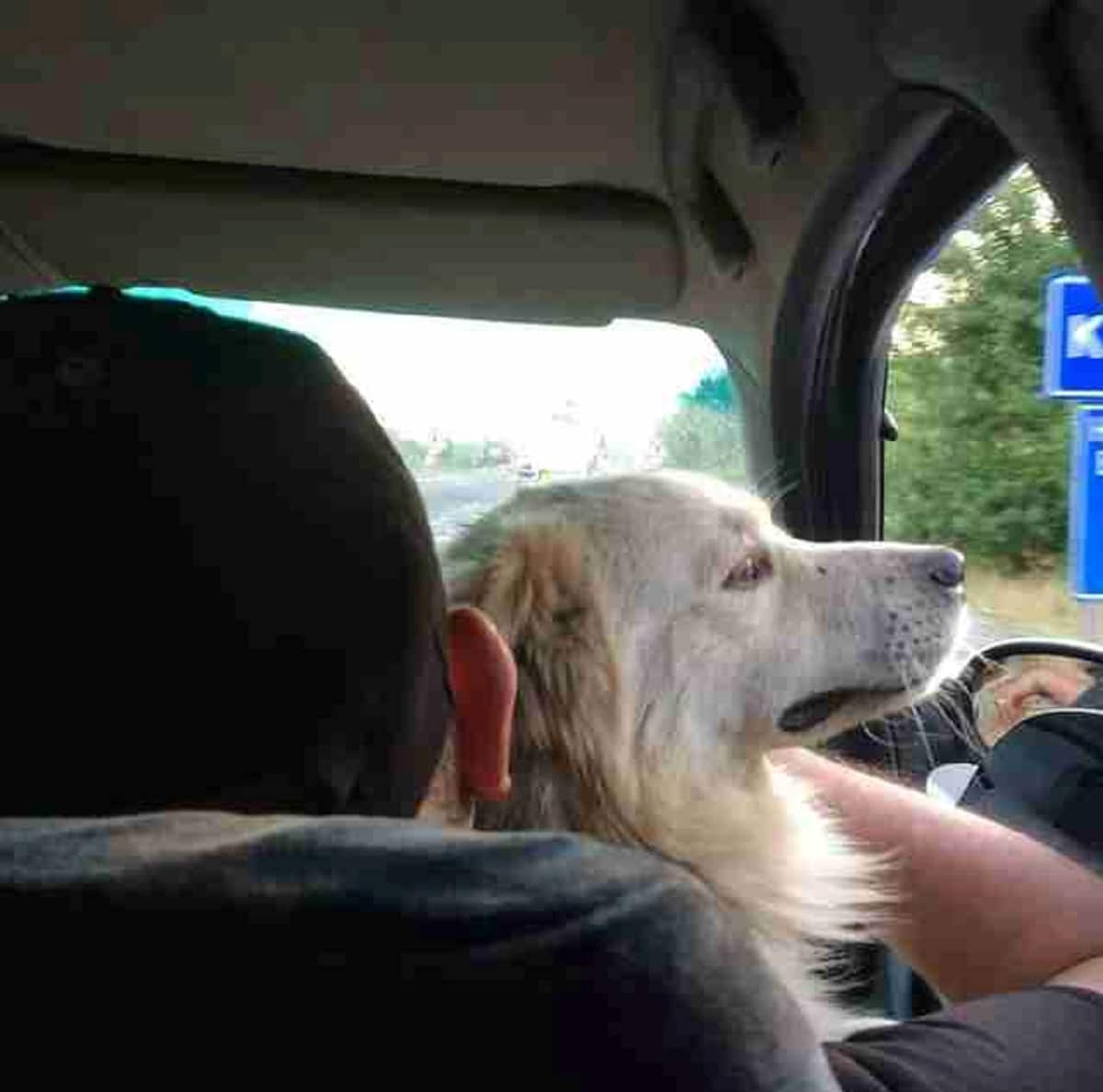 Leo’s story had a happy ending. And he truly deserves to be. But more than that, it gave his family hope.

About the same time Leo had gone missing, two more dogs of Sertac’s family also mysteriously disappeared. Suspecting it was the work of the dognappers in their town, they lost hope that their furry family members will still be found. But now that Leo’s home, the family’s faith returned that one of these days, their 2 other pups will be back home.