Home Dog Parent Gear Grumpy-Faced Pug That Nobody Wanted Finds A Loving Family Who Appreciates How... 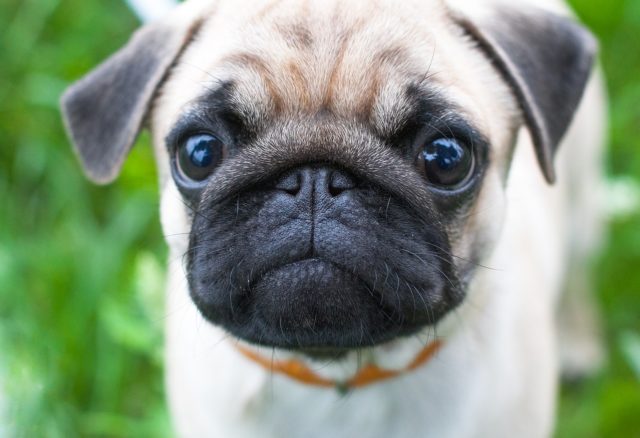 Mr. Cornelius’s odd looks, which were the very quality that turned off other potential adopters, helped a couple fall in love with this Pug and open their home to him.

Mr. Cornelius belonged to an unplanned litter of puppies born to a Pug dad and a Shih Tzu-Pug mom in a neighborhood in Toronto. He stood out because of his coloring—he had light cream fur and pale blue eyes.

Because of this, nobody wanted Mr. Cornelius; they all thought he was ill. Luckily for him, their Pug-loving neighbors Toni Cusson and her boyfriend James O’Donnell heard that the puppies were looking for new homes. 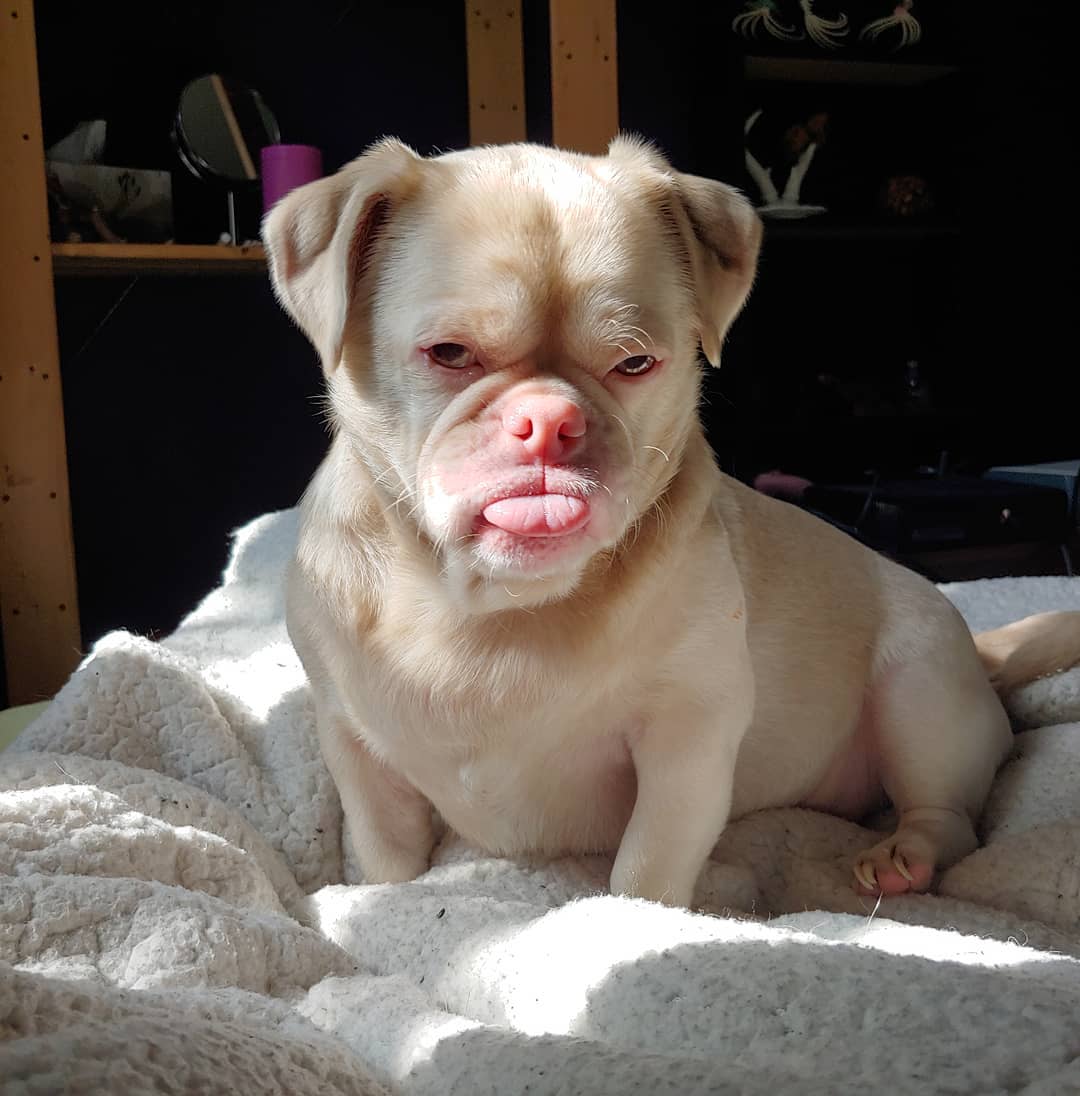 All but Mr. Cornelius were already accounted for when the two got there.

Toni and James weren’t actively looking for a new pet as they already had a Pug named Bowie, but their hearts melted when they saw Mr. Cornelius’s adorably grumpy mug.

Toni did a little research to find out whether the light-colored Pug had any disorders they should know about beforehand. 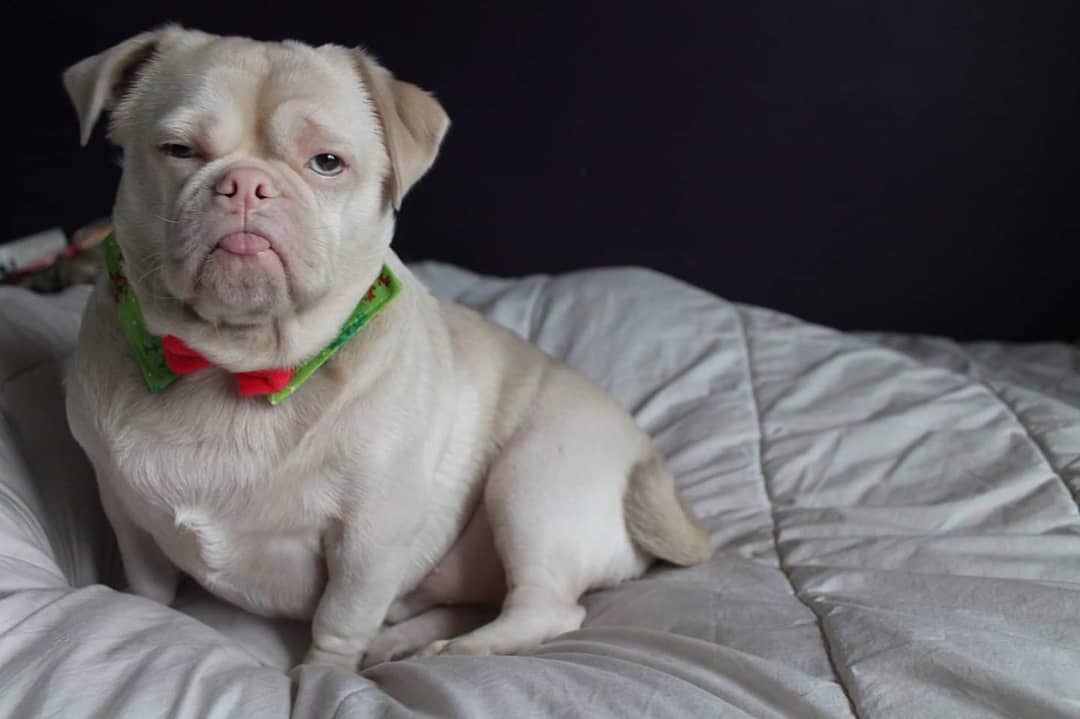 At first, the results indicated that he might have albinism, but after some more digging, it turned out that Mr. Cornelius’s condition was called leucism—he only had a partial lack of pigmentation.

Other than that, Mr. Cornelius was declared completely healthy by his veterinarian; he didn’t have the eye issues usually associated with albinism, for example.

Once the Pug was at his new home, he found a best friend in Bowie. In fact, she’s the only canine friend Mr. Cornelius has as he doesn’t like other dogs at all; one can spot his grumpy expression surfacing from a mile away when he’s forced to interact with unfamiliar canines. 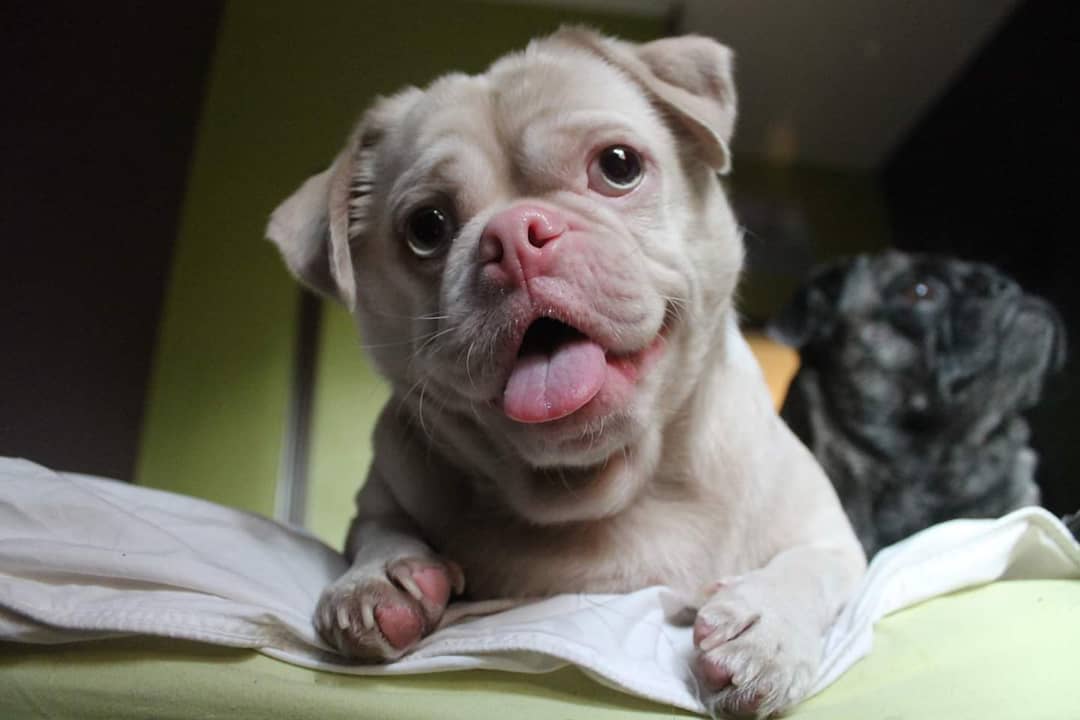 Mr. Cornelius positively enjoys baths, however, and he’ll even get into the tub himself while waiting for his humans to fill it up.

And for some reason, the Pug has a fixation on orange things, which make his usually frowning face do a 180 and light up in a happy grin.

His fur mom says he’s not a crabby dog at all, though; that’s just his face! Watch Mr. Cornelius with his sister Bowie in the video below: