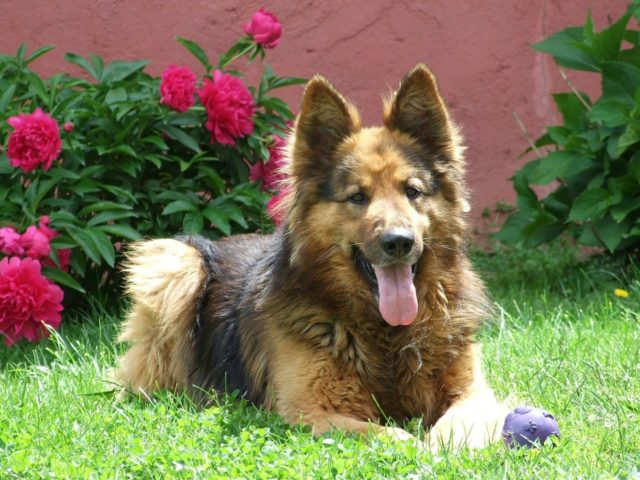 Dogs end up in kill shelters for various reasons. For a German Shepherd named Eva, it was simply because of the neglect of her previous owner.

Having no time to take care of her, Eva’s previous owner left her in the shelter. She was scared and unsure of the people around her. Because of her history, she grew suspicious of humans.

One day, someone from German Shepherd Rescue saw her and decided to take her along with another dog. While she liked her new environment, Eva knew it wasn’t her home. She longed for the day she would have her own home.

And that day did come. A woman named Felicia often visited Eva at the rescue center. She fell in love with the dog and decided to adopt her.

That was a turning point in both of their lives. They didn’t know it at the time, but being together changed their lives in a way they didn’t imagine.

Under Felicia’s loving care, Eva blossomed into a loyal, warm, and faithful dog. She experienced so many things that she didn’t know about in her old home, like sleeping in a dog bed and playing with toys.

Soon, Eva learned how to be a dog again. She enjoyed every moment with her mom Felicia. They walked four times a day. They ate their meals together, watched movies together, and cuddled on the bed at night. It was more than Eva could ask for.

However, she wasn’t the only one who bloomed in their relationship. Before Eva was adopted, her mom was sick; she felt tired quickly and couldn’t walk far. But with Eva on her side, her health slowly improved.

Felicia became better until she was able to go back to work. Eva’s presence in her life gave her so much joy that her physical body was strengthened. She may have rescued Eva, but Eva’s love rescued her back.

Love truly heals all wounds. Watch Eva and Felicia’s touching story in the video below. Don’t forget to grab a tissue before you do!