If you own a dog, you already know that hanging out with your dog makes you feel better. 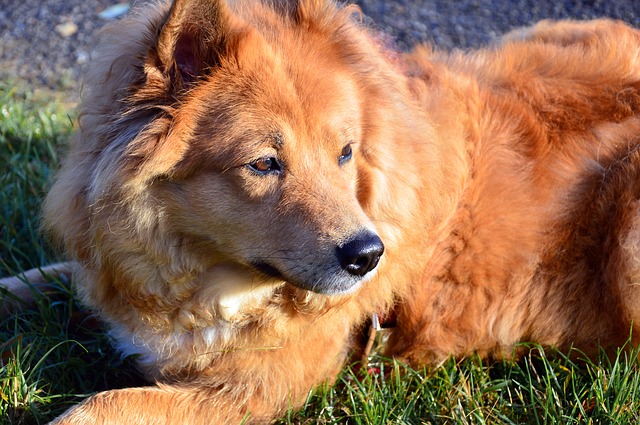 To dog lovers, it’s not a surprise to hear that dogs are being used therapeutically for people with health problems like PTSD, cancer and even dementia.

Studies show that people benefit from these animals, but do the dogs? Research has been studying what these dogs might be thinking about and the studies are helpful.

Applied Animal Behaviour Science published a study that showed that therapy dogs working in the pediatric cancer world did not show stress and actually seemed to like it.

This study was interesting in that it took a look at five different hospitals. Over 100 patients and twenty-six therapy dogs were included in this research. This is one of the largest studies of this type according to Amy McCullough, National Director of Research and Therapy at American Humane and principal investigator of the study.

Cortisol, a stress hormone, was measured in the dog’s saliva. A sample was taken at the canine’s home and also during actual therapy sessions “at work” at the hospital.

The trouble with cortisol is that it is not specific to “bad stress.” A dog that loves chasing a ball may also elevate their cortisol levels.

As part of the study, the dogs were captured on tape and then later analyzed. Twenty-six separate dog behaviors were studied and put into three major categories. These categories were 1) friendly actions like coming up to a person 2) moderate stress actions like shaking and 3) high-stress actions such as whimpering.

There was no significant difference of cortisol levels with the study dogs either at home or at the hospital. This shows that the dogs were not stressed doing the therapy sessions.

Maria Glenk, who wrote a literature review on therapy dog well being in 2017. She found similar results.

This well thought out research study is helpful because of the level of detail it includes. Older studies didn’t give full information on what the dogs were actually doing during the sessions. This makes it difficult to gauge what was making the dog stressed (or not).

Now that it is known that the dogs are not stressed with the activities at the hospital the next question is to figure out if their therapy work is fun for them.

Different activities appeared to make the canine’s happier than others. Activities such as having one of the pediatric patient’s talk or play with the therapy dog caused a more friendly response than when one of the children drew a picture of the dog.

Looking at the results, “it’s fair to say that some activities are more fun for the dog. This is good information for handlers—they can lean toward the activities that they think their dog would enjoy,” said McCullough.

The handler will need to study the canine and see what they do even if they seem all over the place at times. It’s important to fit the right dog to the right job. Not all dogs are a good fit to be a therapy dog.

Tips for identifying the best canine candidates is to look for dogs that are enthusiastic not just tolerant about interacting with people.

“Does the dog solicit attention, or does the dog need to be bribed with treats to interact?” she says.

It’s important that the dog likes their job as a therapy animal so that it can benefit both the dog and the patient.

More articles you might like: dog’s facial expressions change, how to introduce dogs to others, Get Ready for a Commercial that All Dog Lovers Will Really Love.

A Perfect Toy For A Very Energetic Dog