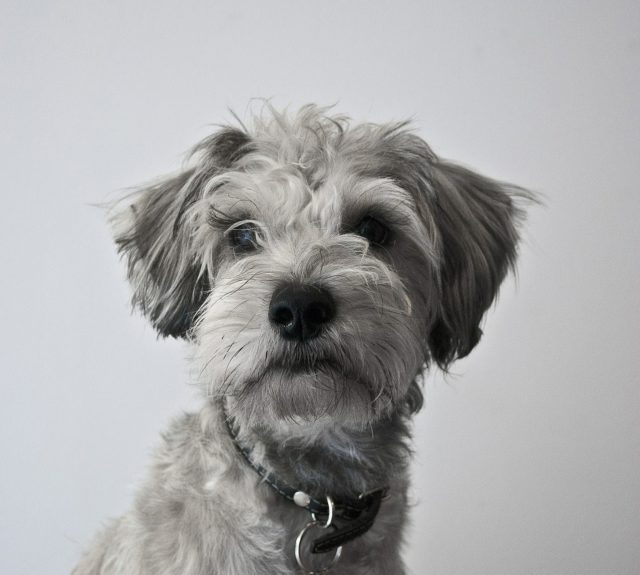 Dogs and “getting stuck out in the winter cold” will never be a good pair, especially if the dog is already ahead in her age. This is what happened to a senior dog known as Old Lady after she ran and got lost for seventeen days out in the freezing cold.

Old Lady, a St. Bernard who’d survived life at a horrendous puppy mill and was rescued along with four hundred (400) other dogs at the turn of the year. She went into foster care with Ruff Start Rescue and just when she was about to start life in a new home, fear of unfamiliar surroundings caught up to her. With this, she ran away. 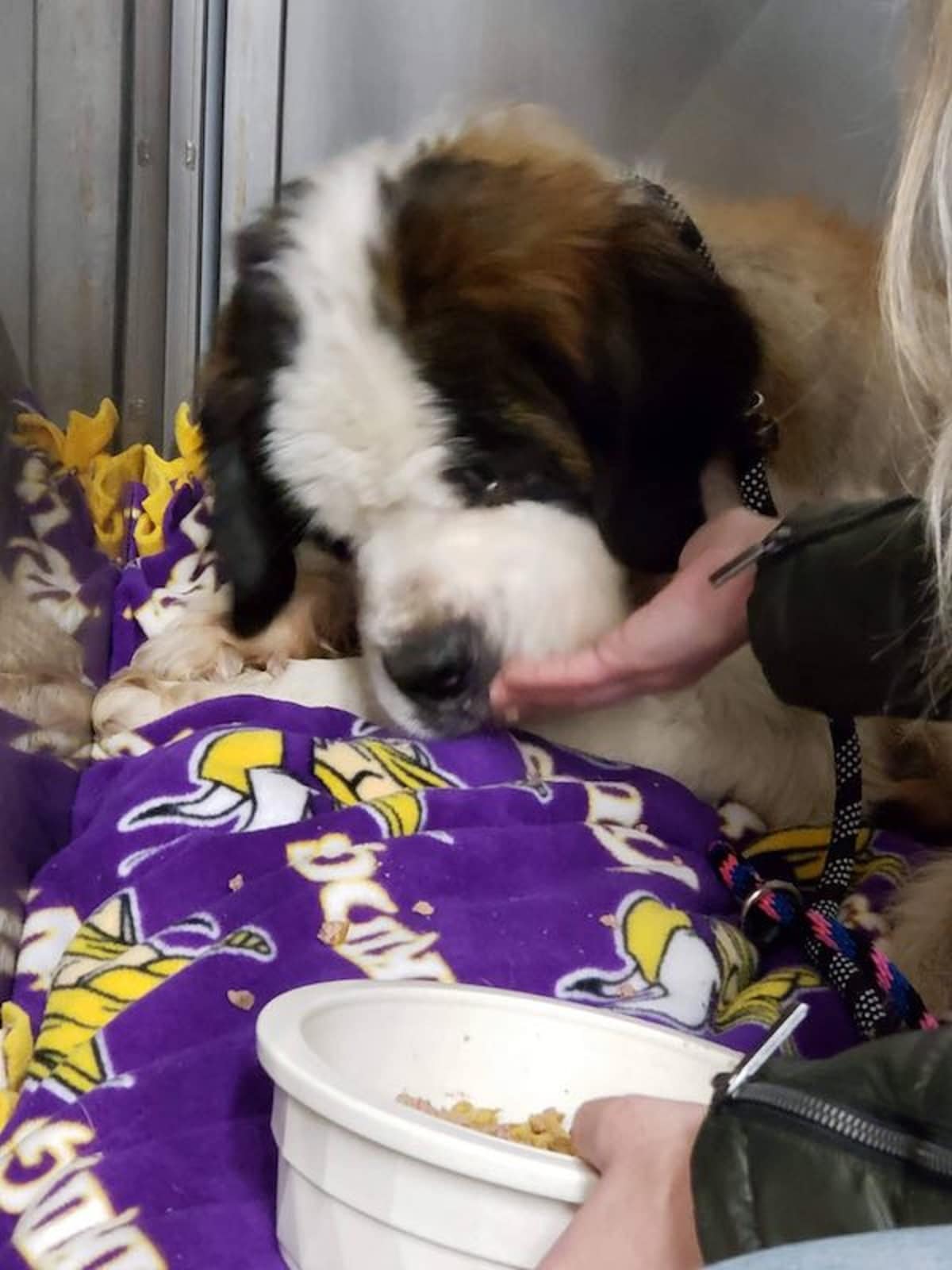 The foster picked her up and brought Old Lady to her new home. But as soon as they got her out of the car, Old Lady got spooked by the sounds of crunching ice. She ran dragging the foster halfway down the ice covered driveway.

Her foster family and other rescue volunteers immediately start searching. Rescuers wrote on Facebook that they’ve had search parties, phone calls, signs and many other people out there looking for her.

Ruff Start Rescue described Old Lady as a quick and strong dog for her age. But despite her fitness they were all concerned. The St. Bernard is now out in the cold and on her own for seventeen (17) days. Still, they continued searching.

Alas, after weeks of searching, she had been found. Go to the next page to see some reunion photos. 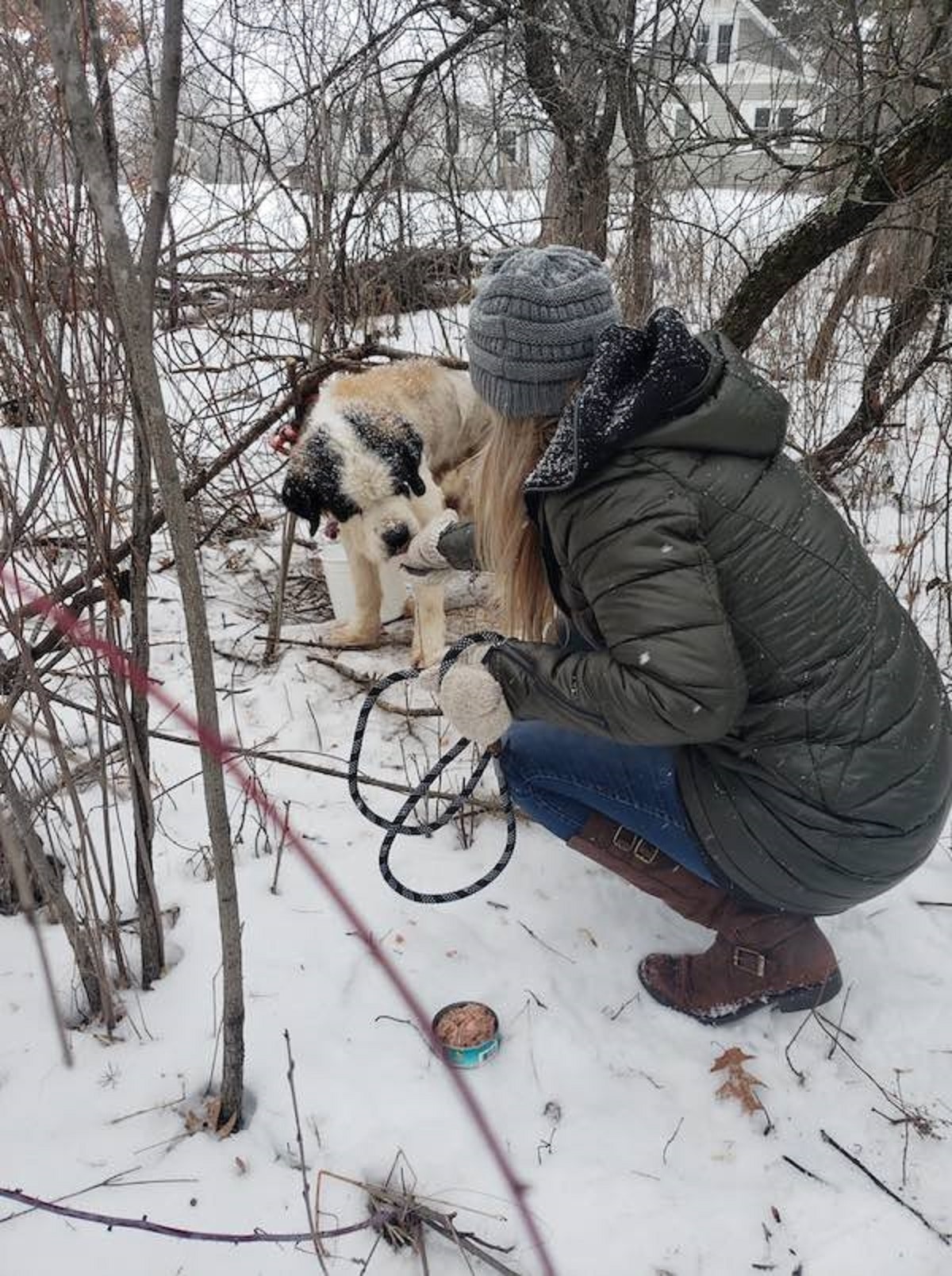 A Good Samaritan spotted her, leash all tangled on a tree, and called  Sherburne County’s Sheriff’s Office.

She was very cold and was shivering. She was very scared and attempted to flee. The rescuers had to handle the situation very cautiously. They were careful and were finally able to put a double lead on her. They then severed her leash off to free her from being stuck. The Retrievers, another great organization was helping the rescuers along the ways, up until Old Lady’s back returned to RSR. 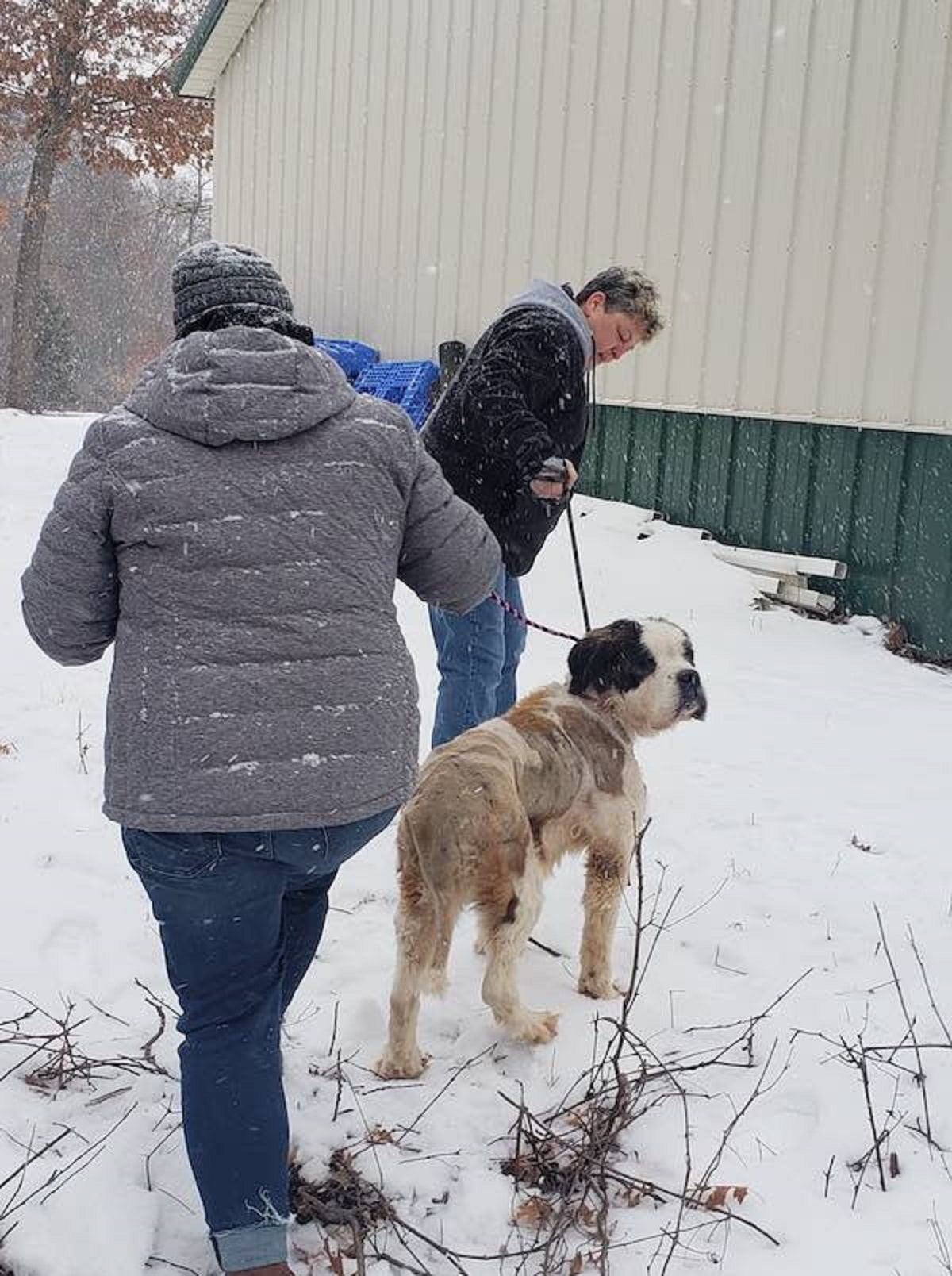 She is now safe. She’s in a poor condition, so they brought her to a vet. But she began to feel better after having food and water and a good amount of rest. Now she is well and ready to go, and they’re not letting her bolt a second time around.

“We have two leashes, martingale collar, harness and one slip lead on her along with two handlers. We’re not taking any chances.” And with this, Old Lady left and is now heading home.

Thanks to Dog Heirs for sharing this story.