Home Dog Videos Staff Members And Volunteers Get To Know What It’s Like To Live... 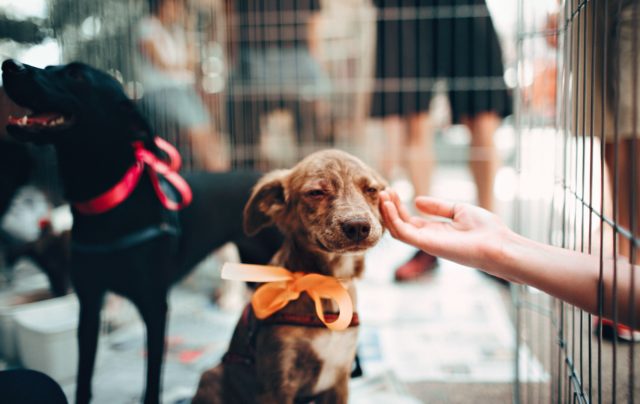 A shelter in Massachusetts thought of a unique way to help humans find out what it feels like to be a shelter animal. For one whole day, a group of volunteers stayed at the facility and did the same activities as the rescue animals.

According to Don Fryklund, a board member, the shelter is comparable to a five-star hotel. Besides being exceptionally clean and brightly lit, the facility has roomy “condos” instead of cages for their canine and feline guests. 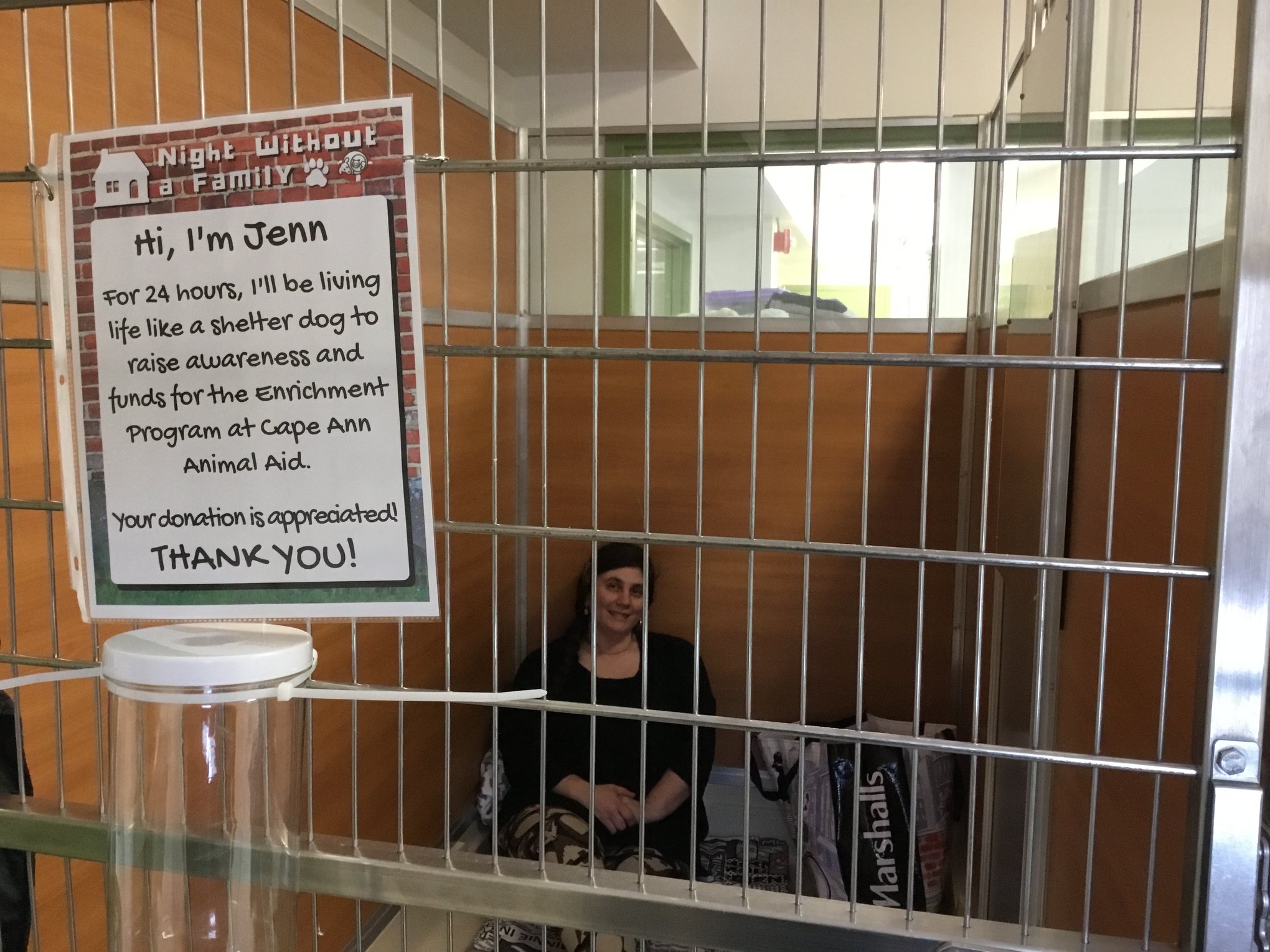 These qualities are partly why the organization’s fundraiser, called Night Without A Family, gained widespread attention. As Development and Communications Director Rebecca Baylies says, the program shows that shelters can be warm, friendly places too.

Cape Ann’s rescue animals have comfortable rooms. They’re also not cooped up 24 hours a day. Instead, the dogs and cats socialize and perform exercises that challenge both body and mind.

Two board members, one employee, and two volunteers participated in last year’s Night Without A Family event. All five of them spent time at the shelter’s animal condos, with two sharing a single room. They had no phones, no books, nothing — only themselves. 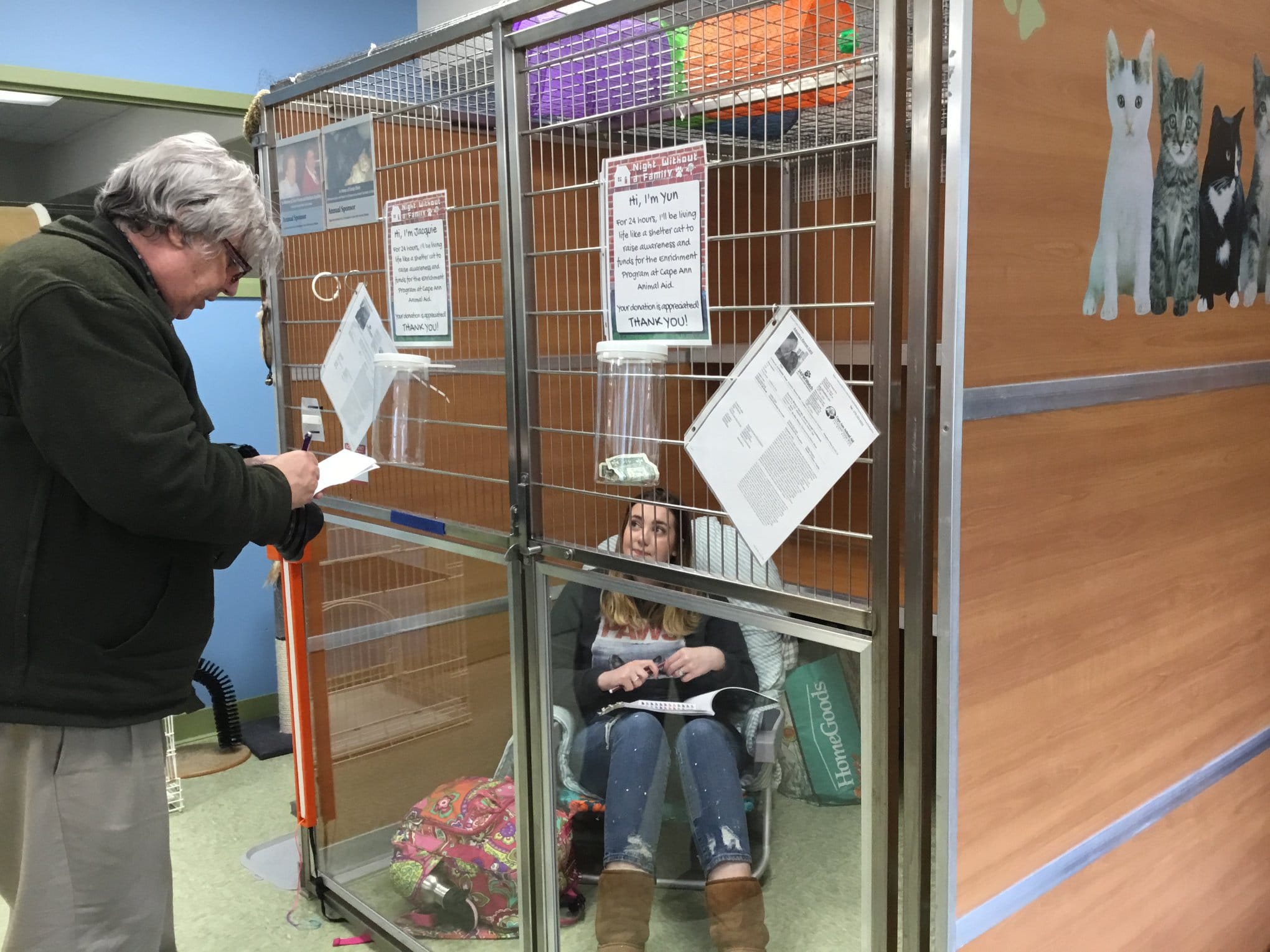 Just like the rescue animals, the participants were on display to shelter visitors. A placard outside their room explained why there was a human inside. The sign also asked for donations that eventually went toward Cape Ann’s Enrichment Program.

The five volunteers ate and slept in their condos, then cuddled with the cute cats and dogs. At playtime, the participants went outside with the animals to stretch their legs and run around the enrichment yard. Afterward, they took a stroll in the woods of West Gloucester.

At the end of the event, the participants unanimously stated that it was a great experience. Being fully present in the moment while snuggling with the animals and playing with them was calming. 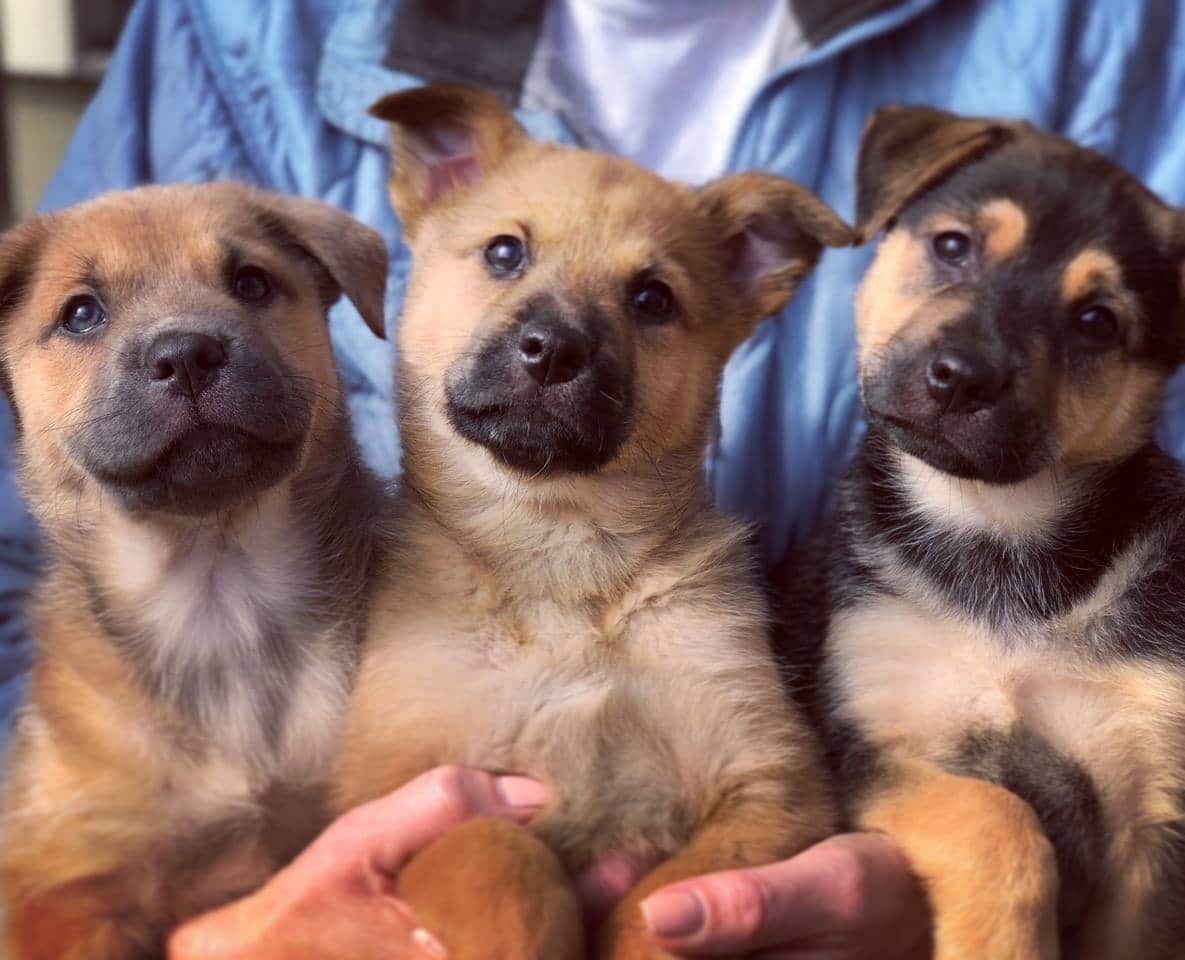 At the same time, the fundraiser was also eye-opening. The volunteers realized how lonely and, at times, boring it was for the animals to merely sit there, waiting for a family to take them home.

The good news is that the shelter surpassed its goals for this fundraiser. Initially, Cape Ann set the bar at $5,000, but everybody was pleasantly surprised to find that the donations reached $10,000 after the event!

And Night Without A Family is more than just a fundraiser. Feedback from the previous participants has shaped the way Cape Ann employees plan daily routines for their rescue animals.

Furthermore, the event attracts attention to the shelter cats and dogs, which helps them find new homes. Watch a recap of Night Without A Family here:

Please enjoy this recap of our 2018 Night Without A Family event! Thank you to Jacquie, Kelly, Yun, Jenn, and Pamela for participating in this excpeience and inspiring $10,000 in donations for Cape Ann Animal Aid's Enrichment Fund! Many thanks to everyone who donated, spread the word, and supported the event! <3