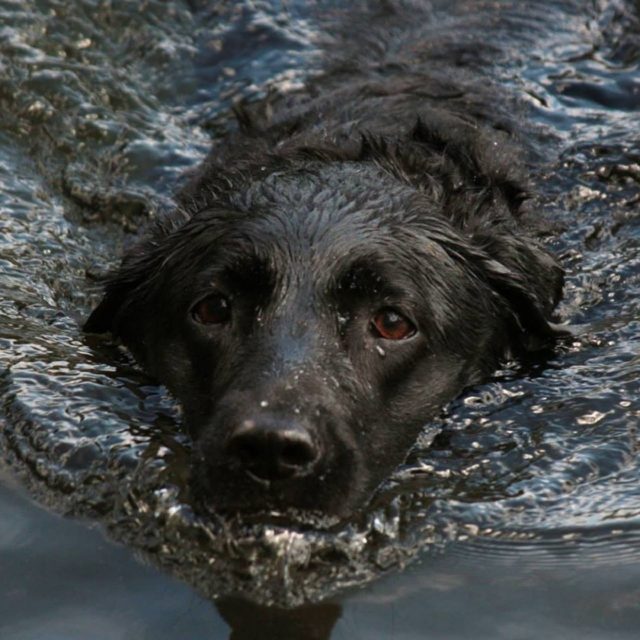 Traveling is an excellent time to relax and explore a new place. But if you’re lucky, it might be a chance to save a life. Dave Foster was able to do just that.

David was on a cruise to the Amazon where one of their stops was a deserted island. When they got near, he saw something move. When they got closer, he saw that it was a dog in bad shape.

It was skin and bones, yet it was very happy to see people. Maybe it knows that people would mean that he gets to eat. David knew that he could not leave the dog on a deserted island so he convinced the owner of the boat to bring it with them.

Not all the passengers were happy that the dog was onboard. One night, when David was in his bunk, he noticed that the boat’s engine was off when it shouldn’t be. He knew something was wrong.

When he went outside to check, the dog was nowhere to be seen. David was pissed. They were already in the middle of the sea when he found the owner and convinced him that they needed to go back for him.

When they went back, Negrita was waiting for them on the shore. David also found an english-speaking person who was willing to take care of Negrita for a few weeks while he works out her papers so she can fly to him.

Weeks turned into five months, which made David more excited to have Negrita with him in Ireland. When they met again, he could hardly recognize her as her transformation was amazing. She was looking healthier that he first saw her.

He could not believe that the dog he found in the Amazon is finally with him. When people go on vacation, they bring souvenirs, David brought back a living dog.

A Perfect Toy For A Very Energetic Dog