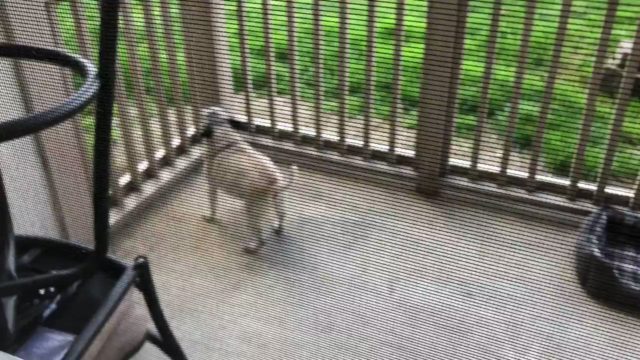 Shortly after Sharla Wilson moved into a new place in Pittsburg, she felt she needed to apologize to her neighbors. See her aging pug, Charleston was getting lost in the unfamiliar apartment and crying out for Sharla.

A neighbor took a quick photo of the adorable apology letter. That photo quickly made its rounds on the internet and got almost 500K likes. Many dog lovers responded. Most of them were ok with the adorable Pug howling for his owner.

My name is Charleston Chew and I’m very sorry for my howling.

I’m an old man now, with cataracts, and sometimes I get real scared because I can’t see where I am and can’t find my mom.

As I get used to my new place, I will start to settle down.

Thanks for being patient with me. I don’t mean to be such a pain.