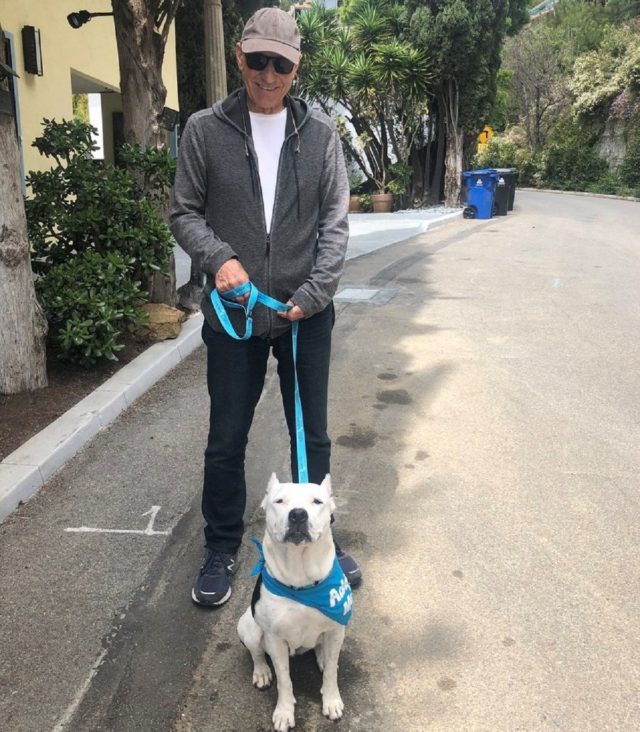 Famous actor Patrick Stewart is an actor in many films, television programs and on stage. But few know of his fondness for dogs. He had been a foster father to pit bulls twice over.

In 2017, while he was shooting a movie in the US, he fostered a pit bull named Ginger. Both he and his wife Sunny Ozell got very fond of Ginger and wanted to take him to the UK where they also have a home. 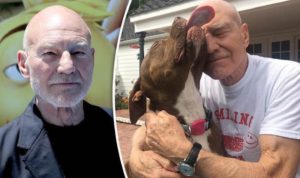 Unfortunately, UK law bans certain breeds of dog including pit bulls. Stewart tried to talk to the British Consulate and other government offices to allow Ginger to live with him in the UK but to no avail. There is even a possibility that the dog will be put down for just being a pit bull in case he tries to bring the dog with him. They cannot take the risk that could endanger Ginger’s life.

Although it was not easy to do, they decided to give up Ginger for adoption.

However, before giving up the puppy for adoption, they had him operated on to fix a torn ligament in his leg. They want to spare the new owners of the cost for the surgery. They were pleased that Ginger has finally found a family who loves him. Patrick and Sunny tearfully bade goodbye to Ginger.

Recently, Stewart fostered again another pit bull named Emma. According to the actor, Emma is very sweet, sensitive, gentle and intelligent. They got him from the Wags and Walks, an animal adoption center. Stewart learned to love the pit bull very much. They are very close that they would take a nap together.

Emma is seen always smiling, reflecting her happiness with her foster parents. Although Patrick still cannot bring Emma with him to the UK, he is happy that he can give a temporary home for the pit bull. In due time, like Ginger, Emma will also be going to a forever home.

Please watch the video below.